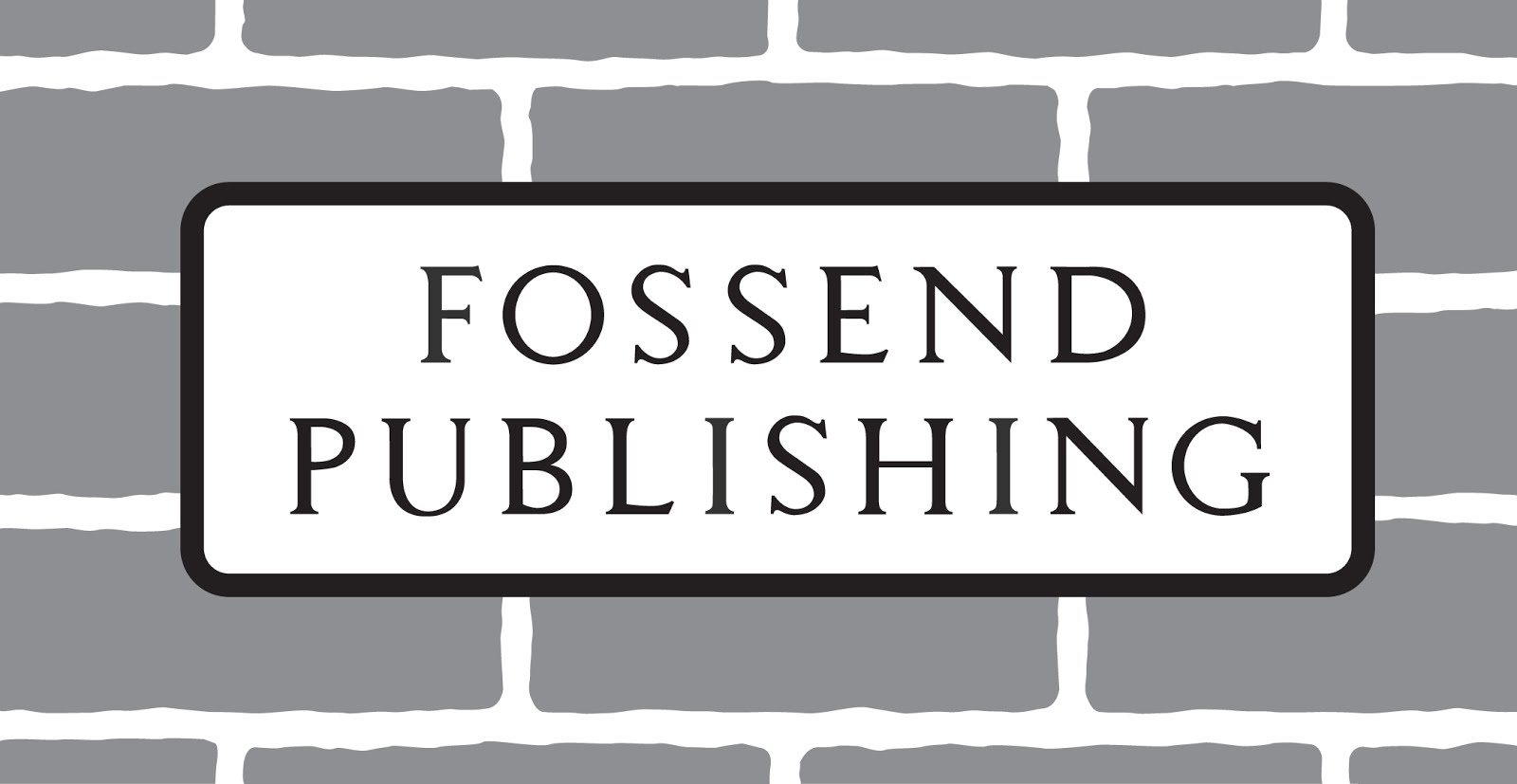 The wonderful world of history

Many of my followers know that I love history.  It's something that's been with me ever since I was a child.  When I was at school I wanted to be an archaeologist.  Historical buildings, ancient bones, and artefacts the dead left behind, completely fascinated me.  Unfortunately my creative side was always stronger than my academic side, and I just didn't have high enough grades to follow it as a career.  Over the years my love of all things historical hasn't waned though; if anything it's continued to grow.  I collect books on my favourite historical subjects, visit museums all the time, and have recently completed two short courses on 'Archaeological techniques' and 'the History of Ancient Egypt' with Exeter University.

There are so many great archaeological sites that I would like to visit but haven't had a chance too yet.  I'd love to go to Pompeii and Herculaneum in Italy, to wander the ancient streets and buildings that were covered by ash in AD79 when Vesuvius blew her top, and devastated the surrounding area.  I'd also love to visit Knossos on Crete, it's considered to be Europe's oldest city and the centre of the Minoan Civilisation.  I'd really love to also get the chance to go to Machu Picchu in Peru, a lost city that sits at 7,000ft above sea level and was only rediscovered in 1911.  These amazing places all sit on a list of dream sites that I keep adding too.  One day I hope I'll get to visit some of them.

Despite not visiting any of the above, I've been lucky to go to some great sites already, both in the UK and abroad.

Egypt
My husband and I first visited Luxor, Egypt in 2001.  We immersed ourselves in the history and it was a great holiday.  While there, we went to two museums - Luxor Museum and the Mummification Museum, the Valley of the Kings and the Valley of the Queens and Nobles.  We also went to a lot of temples - Karnak, Luxor, the Ramesseum, Del er Bahri, and Medinet Habu to name but a few.
The history and culture of Egypt is wonderful and I just love the place.

A few years later we visited Cairo, despite being a hectic city it didn't disappoint.  The Egyptian Museum is incredible there are so many artefacts to see and the mummy room is really interesting. We also went to the Giza Plateau to see the pyramids and the Sphinx, and Saqqara to see Djoser's step pyramid and funerary temple.  No one can ever describe how truly stunning these monuments are, it's something you just have to see for yourself.

Somerset, England
I spend a lot of time in the West Country (UK), it's where I was born and the area is steeped in folklore and interesting history.  One of the places I visit a lot is Glastonbury, the town is small, but there is a ruinous abbey (razed to the ground on the say so of Henry VIII), and of course Glastonbury Tor, a prominent hill that overlooks the town, with the Tower of St Michaels at the summit.

Just down the road from Glastonbury is Burrowbridge, a small village on the edge of the Somerset Levels.  In the village there's an ancient earthwork called Burrow Mump.  It looks a bit like Glastonbury Tor, but on a smaller scale, the ruinous church at the top is also called St Michaels.  The area around Burrowbridge is rich in history, it sits close to the Isle of Athelney, an ancient  fortress/hiding place of King Alfred the Great.  I love Burrow Mump, and the view of the Somerset levels from the top it is great.

Jordan
In 2000, my husband and I went to Jordan.  The ancient city of Petra is indescribable.  Nothing can quite prepare you for the sight that greets you when you step out from the Siq Gorge to see the ancient city for the first time.  The site is huge, filled with rock cut tombs, temples and an amphitheatre.  It literally takes your breath away.

In the south of Jordan is the gulf of Aqaba.  Out in the gulf is Pharaohs Island, a small land mass with a fort on.  It was built and used by the crusaders to defend routes between Cairo and Damascus.  It's a really interesting place and the water surrounding it is beautifully clear for snorkelling and diving. 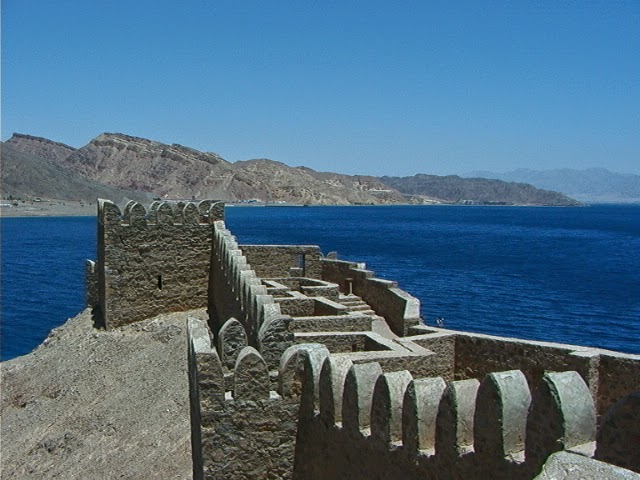 These are just some of my favourite places.  There are so many others, but if I listed them all this blog would be the size of a novel!

Posted by Chrissie Parker at 06:44 No comments:

Turning a holiday into a book

I am currently working on my next book 'Among the Olive Groves' which is due for release in August this year.  I am enjoying writing it and I am still amazed that an entire book has been formed from one small sentence.  Let me explain.

Back in 2005 my husband and I went on holiday to Zakynthos, a small Greek Island in the Ionian sea.  We were there to attend a wedding, but I also celebrated my birthday and met up with some family who live there.  It was a lovely week of celebrations, exploring, relaxing and catching up.  Zakynthos is a beautiful island, there is a lot of greenery, olive groves are plentiful and the sea constantly shimmers between blue and bright turquoise.  There is plenty to do, lots of great places to eat, and it's an island with a varied and interesting history. 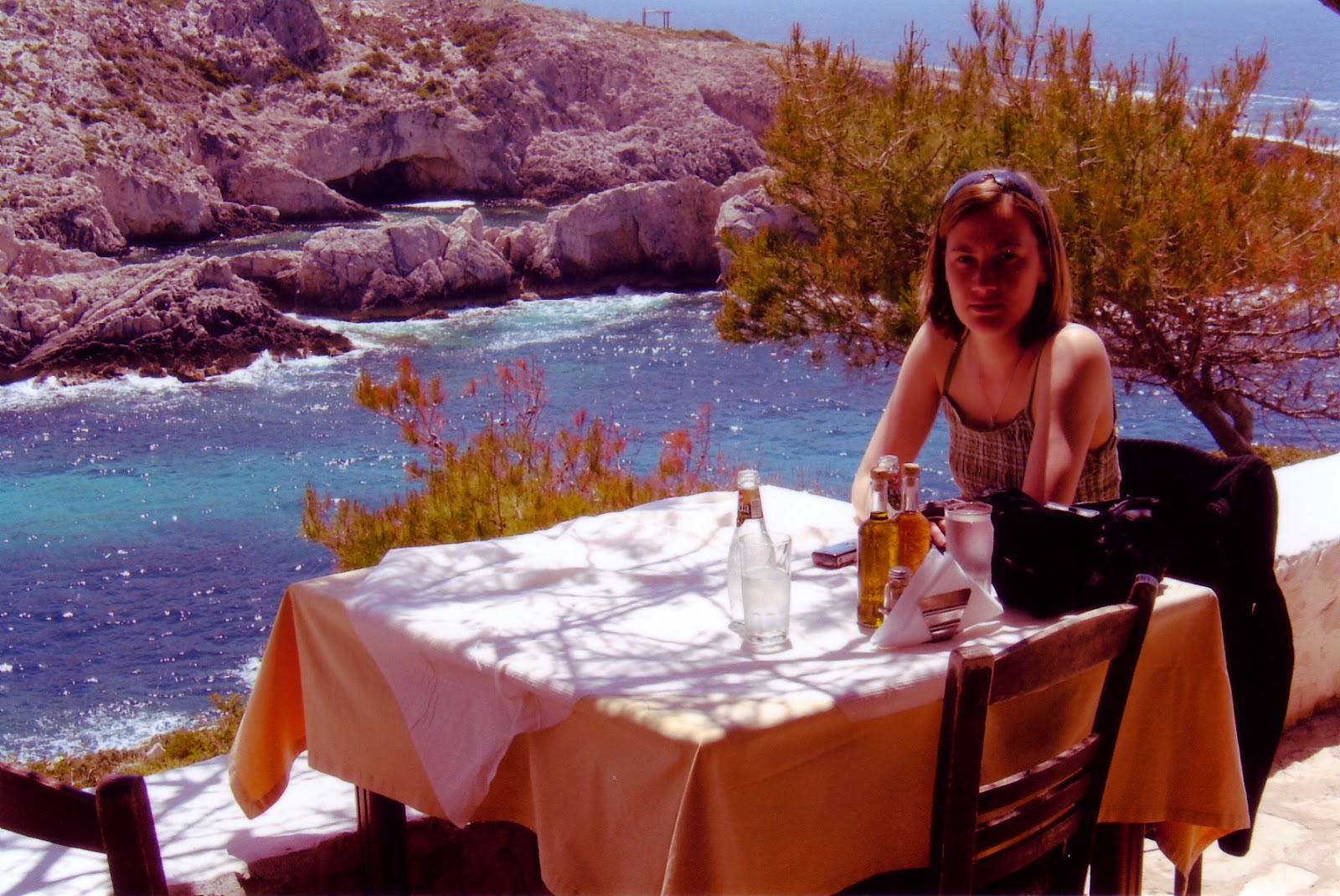 During our trip my husband and I met many people.  Greek people are wonderful, so friendly and welcoming and many had stories to tell.  During dinner one evening, a local told me an interesting one-liner about something that happened to his relative during the war.  I won't go into details but it shocked me.  I couldn't believe that something so terrible could have happened in such an idyllic place. 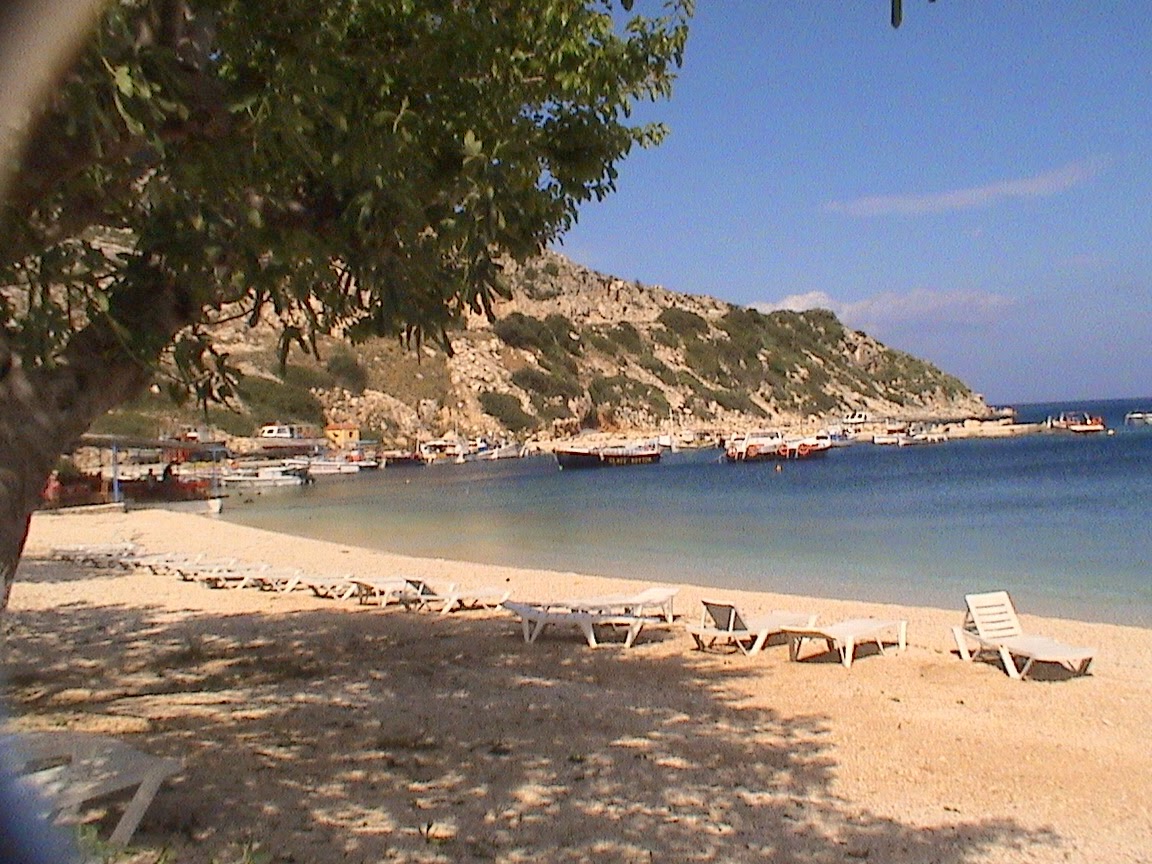 On my return home, the sentence stuck with me, and continued to churn in my brain. Eventually it settled and life continued as normal.  Things in Greece have  changed recently due to the recession that hit most of Europe and beyond.  I have many friends in Zakynthos and I was saddened to hear about bars and restaurants closing due to the 'current climate', and the strain it has put on those who live there.  Despite life being hard, the people who live in Zakynthos love it, and most would tell you they wouldn't live anywhere else.

A few years ago that 'interesting one-liner' resurfaced again, and I knew then that I had to write a book set in Zakynthos.  I wanted to incorporate what the local had told me all those years before, but I also wanted to write about how great the island is nowadays. After two attempts of writing the story, I nearly gave up, the idea just wouldn't form itself and I was having problems putting everything I wanted to say into a coherent form of words.  Suddenly, last year, my brain clicked into gear and the story finally came to me and I have to admit that I love it.  It is a story that has been written from the heart.  It has been a labour of love and I hope that people will enjoy reading it as much as I have enjoyed writing it. 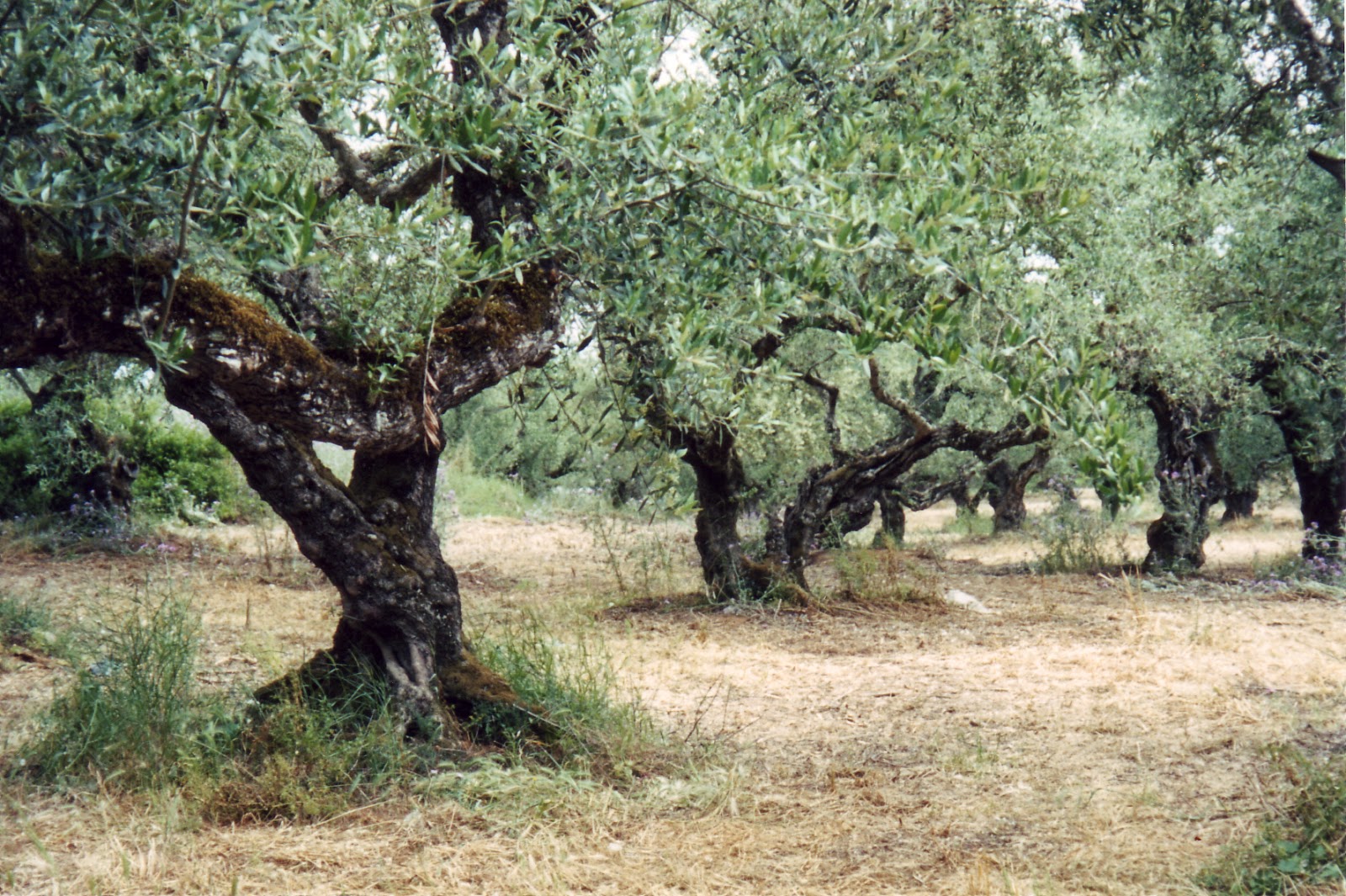 Coming soon - Among the Olive Groves!

Nineteen year old Elena Petrakis adores living on Zakynthos. When World War Two looms, forces that she can’t control threaten her way of life. Left with no choice she becomes Partisan joining the island's resistance to fight for what she believes in; her family, her home, and her freedom.

Decades later, thousands of miles away in the Cornish town of Newquay, a young Kate Fisher prepares to celebrate her twenty-first birthday, but her joy is fleeting when she learns that she is adopted. Kate abandons Cornwall, her parents and her best friend Fletch, to live in Bristol, but her past continues to haunt her. Fleeing to Zakynthos, she is forced to acknowledge a life that she has struggled to come to terms with, one that will change her future forever.

From the beautiful crystal turquoise seas of the Ionian Islands to the rugged shores of the Cornish coast, 'Among the Olive Groves' is a moving story of love, bravery and sacrifice.

Posted by Chrissie Parker at 04:37 No comments: